Introduction: The name of my character is Yami, which translates to darkness in Japanese, which is where this character would make his appearance.

With the ninja I am to create, I want to break away from the typical aesthetic that ninja’s typically possess such as being armed to the teeth with kunai's, kamas, swords etc. as well as appearing to be of a young age. With Yami, I want to go for a middle aged character with a more battle-hardened appearance. With this, I am also choosing to keep the number of weapons to a minimum as ninjas ideally wouldn’t want to be armed to the teeth as it would disrupt stealth.

I want to take a realistic art style approach as I wish to create what I think a middle aged battle-hardened ninja would look like in todays world as the traditional weapons such as swords have taken more of a back seat to firearms.

As far as posing the character is concerned, ninja’s are stealth combatants who have mastered hand to hand combat arts and can also use melee weapons. These are the elements I want the character to reflect through the posing aspect of this task.

Having reflected on what I was able to produce for this submission, I am able to say that I am content with what I have produced. With that being said, there are things that I would do differently as I have learned a lot from this project.

My Zbrush sculpt could have been improved by working into the boots further as I did neglect them to some extent, not achieving the best out of them. To some extent, the silhouette of my low poly changed as I was retopping it so this made setting up the cage for the normal and AO bake in Marmoset a somewhat lengthy process. The hair cards were also a tad to thin, so next time, I will be sure to thicken the cards for better game optimisation.

The topology and the UV unwrapping could have been done to a higher standard. As far as the topology is concerned, up until this point, I was never really aware of groin loops and how they help in the proper distorting of the mesh when posing/moving the characters limbs so I definitely plan on spending more time on groin loops as well as getting the topology to flow with the contours of the muscle groups for a more smooth and clean overall topology. For the UVs, I am going to try and focus on keeping the objects close together, making it easier for me to texture. Next time, I will also have a crack at a bigger texture sheet, the reason I went for a 1024 texture size is because I don’t think very highly of my texturing abilities so I wanted to see how much I could push a 1024 texture size. Next time, I will leave more texture space for the hair, allowing for me to work into it more also.

The skinning was done to a fairly good standard as I was able to pull off some dynamic poses with the mesh, however, next time I would like to focus on facial rigging to harness even more expression from the character itself. I would also focus more on the elbow bend as well as the finger bend.

To some degree, I feel like I let the character down as I was unable to properly set up the materials such as the hair, nor was I able to get the cavity map and the subsurface scattering working in Unreal Engine. Next time, I would want to leave more time to play around with the material settings in UE4 to achieve the desired visual result.

The last thing I could have done to really bring this character into it’s own element was to make it some sort of stand or environmental prop to go alongside to compliment it. 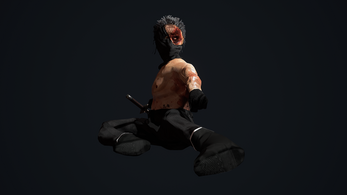 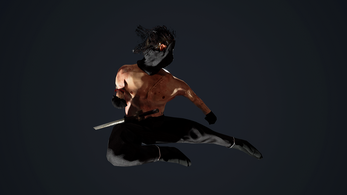 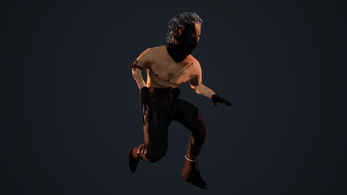 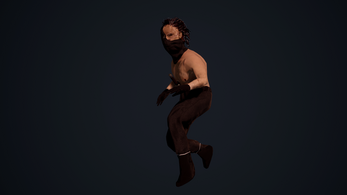 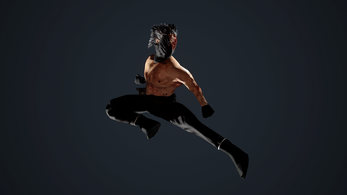 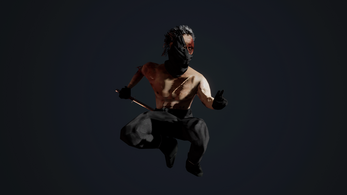 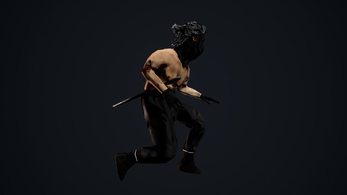